AFC Leopards SC and Gor Mahia FC have expressed concern over the rising cases of indiscipline amongst its players.

On Friday, Gor convened a crisis meeting to address the problem which is said to have contributed to the team’s poor show lately in the league.

Some of the players have been accused of playing truancy from camp while others are alleged to be attending training while intoxicated.

Others are said to be openly defiant to the technical bench amidst reports that the management, with the recommendation of Head Coach Mark Harrison, wants to crack the whips to offenders to serve as a deterrent to others with similar tendencies.

“Players not showing up is commonplace which has painted a poor picture overall leaving the Club Administration with egg on face,” said an official
Gor, who are currently placed fifth on the log, are going through a rough patch even as clubs partially blame the management over the despicable acts by failure to remit salaries and match bonuses to the playing unit and technical staff.

The damning report comes at a time when anger is boiling over among Gor’s faithful after the team was humiliated 3-0 by Posta Rangers in the latest league fixture.

At Leopards, sources within the team said a stern warning has been issued to a number of players due to gross misconduct including skipping training and inciting their colleagues to rebel against the management over delayed salaries.

Further, notice was issued to those who have been missing training that their monthly wages will be reduced.

A letter seen by People Sport has given a detailed outline of how players are expected to observe the club’s code of conduct failure of which is to take drastic action on the culprits.

The letter from the National Executive Committee read in part: “With due respect, this is to inform you that the salary for January 2022 will be reduced by Ksh5,000 per day for the two days you have since the back-to-back wins against relegation candidates Mathare United, the players have allegedly not reported to duty demanding their pending salary arrears dating from December 2021.

From that period, according to impeccable reports, most players have received a total of Ksh15,000 with others going home with a paltry Ksh5,000.

Both teams have in recent years suffered heavily from financial challenges with a series of player-strikes witnessed. 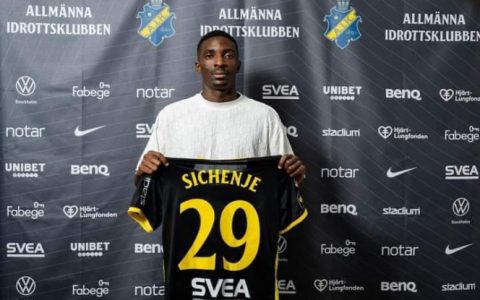