The high court on Thursday suspended the Law Society of Kenya Special General Meeting, which was scheduled to happen today.

Justice James Makau suspended the SGM pending the hearing of a suit filed by Brian Kinyua Machina, a lawyer, who claims there are two communications which are confusing the members.

According to Machina, no notice informing members of any SGM had been issued by LSK CEO Mercy Wambua.

“The petitioner has demonstrated that he has a prima facie case with a likelihood of a success and if the conservatory orders are not granted the substance of the petition will be rendered nugatory,” ruled Justice Makau.

Machina through the law firm of Allamano and Associates claim that since the inception of email communications to members of LSK, communications have always been made by Mercy Wambua or the person at the time being, is serving as the Chief Executive Officer of LSK.

However, in a strange turn of events, on 25th August 2021, a communication was discriminatively sent to some members from an unknown email address signed off by one Julliete Akila, purporting to be the Acting Chief Executive Officer of LSK.

Jakila informed members that the Law Society of Kenya would convene a Special General Meeting on 24th September 2021.

The communication further invited interested persons to apply for appointment to the Elections Board for elections of President, Vice President and Council members for the period 2022-2024 respectively.

He states that on 27th August 2021, a different communication was sent by Mercy Wambua on behalf of LSK informing members that the purported SGM scheduled for 24th September 2021 was not going to be convened by the Council but the caretaker council and intended to requisition an SGM on a later date.

In the said communication Wambua gave a list of those who had applied for appointment to the Elections Board for elections of President, Vice President and Council members for the period 2022-2024.

In retaliation, Jakila on September 10 purported to communicate that the SGM would still proceed and gave a different list of names of those who allegedly applied for appointment to the Elections Board.

“Therefore, there are two lists giving different names of those who have applied for appointment to the Elections Board, confusing the members,” he said.

Justice Makau directed the matter to be mentioned on October 5 for further directions. 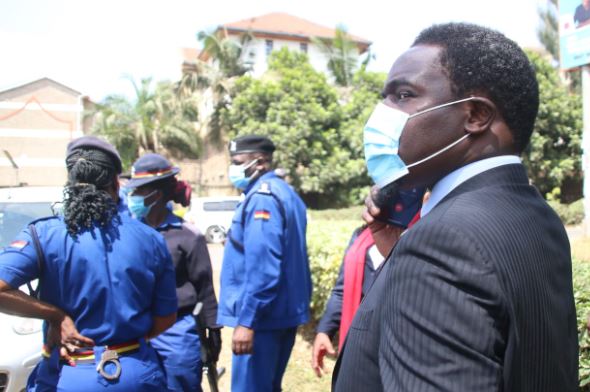 Law Society of Kenya ought to put its house in order