A female police officer whose video has gone viral on social media lamenting about mistreatment in the National Police Service now says her life is in danger after recording the video that implicated some individuals in the service.

Speaking exclusively to People Daily, the 27-year-old officer whose name is Viviana Irene and is attached to Mjambere police station in Kisauni, further claims that her bosses have been sexually harassing her and threatening to transfer her if she declines their sexual advances.

“They threaten to transfer me if I don’t accept their sexual advances. Sometimes I’m posted in areas where I can’t even get water. They take me to an area where it's tough to work for a woman,” the police officer claims.

"I don't feel safe anymore. Senior bosses have reached out to me after the video went viral. They want to meet me but I’m not ready to meet any of them since l have been complaining through the right channels and no one bothered to get back and address the same, six months down the line,” she added.

She notes that the sexual harassment from her senior bosses started after she was posted at the Somalia border in 2013.

"After my training in Kiganjo, l was deployed at Liboi near Somalia. Here l was sexually molested by the then Sub County police commander and the County Commander. It’s sad that despite undergoing so much, the same continues to date, “she narrated.

She explains that all these have been happening to her, despite being a law-abiding officer for seven years, adding that her intention is to simply terminate her work and leave in peace.

However, in a twitter statement, National Police Service says Viviana has a disciplinary case.

“She was the subject of an inquiry by the Directorate of Criminal Investigations (DCI) officers resulting into a departmental action following a complaint registered by a Merchant. The Inspector General of Police has directed the Gender and Children directorate to independently investigate the matter and give a report within 7 days,” NPS said.

She adds that due to long working hours imposed on her for refusing to give in, she has suffered depression and was momentarily hospitalized. She says she’s also bipolar.

"I’m currently on treatment, and battling depression, fatigue and stress. My bosses had devised ways of punishing me by assigning me long working hours without an off day," she said.

“I have documents to show I have gone to Port Reitz hospital seeking treatment. I have every document to support my claims about my illness," she said insisting that 'the bosses don’t care about her health issues'.

"I have learnt of a video trending on social media where a female Police Officer is captured lamenting against unfair treatment and sexual harassment. The officer is attached to the Traffic Department in Mombasa County.

“She had complained against a merchant hence subjected to an inquiry by DCI officers resulting into a departmental action. I have directed the Gender and Children Directorate to independently investigate the matter and give a report within 7 days," the IG said in a tweet. 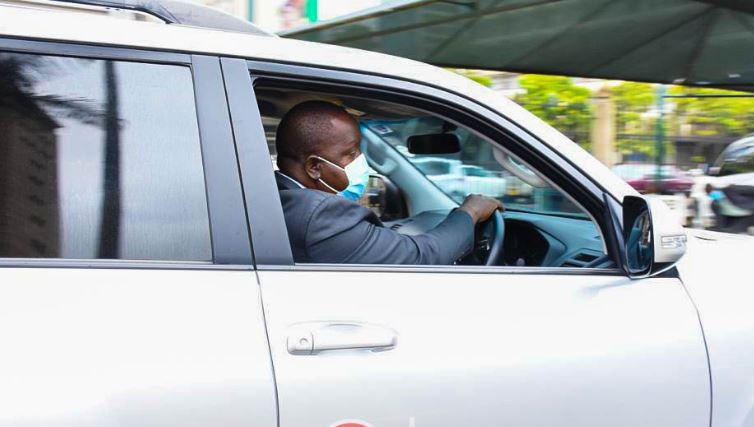