An alleged cult-like association accused of promoting Female Genital Mutilation (FGM) and preaching against Christianity among the Gikuyu community has caught the attention of the State following uproar from the church and local leaders.

Gwata Ndai (literally help solve the puzzle), which operates in Ndumberi, Kiambu, is on the spot for preaching retrogressive activities. Members are not only instructed not to go to church, but also force their wives to undergo the cut.

The group converges at Hanna’s Garden, the former county Jubilee Party offices on Kiambu-Ndumberi Road on Sundays every two weeks under the guise of promoting Gikuyu culture and tradition.

The fast-rising sect has opened branches in Githunguri, Nderu in Ndeiya, Limuru and Mai Mahiu in Naivasha.

Members who spoke exclusively to People Daily yesterday said the sect was established by a person they refer to as “Mutarii” or the godfather who after “speaking to the gods” had a revelation that the ills and misfortunes bedevilling society are brought about by disrespecting teachings of forefathers.

Sect members said female circumcision was a must and that its abandonment was to blame for the rise of untreatable ailments such as cancer, diabetes and mental problems.

Among the sect’s doctrines is female genital mutilation before acceptance.

“Your wife must be circumcised before you join the sect. Wives of would-be members are brought before the circumciser (an old woman in her 90s after every two market days (or two weeks) to be cut,” said our source who cannot be named for fear of reprisals.

Shaving is prohibited and members are to keep their beards as long as possible with assurance that the longer the beard the more blessed they are.

Smoking and drinking are also prohibited but one is only allowed to sniff tobacco or a herb.Members give a castrated sheep as offertory.

On Sundays members give their problems ranging from marital, social, financial among others. Faithful are asked to give their needs and confessions for Mutarii (high priest) to talk to the gods for a solution.

Interestingly the “gods” have a solution to every need presented.

The “gods” ask for sheep and cash, paid before any ritual is performed. The sheep are not slit on the neck but are strangled with bare hands by sect members.

The carcass is burnt whole and it is the billowing smoke that calms annoyed forefathers and saves affected families from curses.

But all has not been well for some members whose wives reportedly refused to bulge and reported their husbands to the police.

Catholic Diocese of Nairobi Archbishop John Cardinal Njue has raised the alarm that the group was instilling fear in order to inculcate their doctrines and enforce their practices including female circumcision.

“Teachings of those groups include some retrogressive practices. They instill fear through death threats and calamities if one ignores their teachings and coercion in recruiting new members,”  he said.

But sect spokesman Kimani Charagu said the association was started by people who “recognise the fundamental importance of cultural values in promoting harmonious co-existence, fostering peace and security in the community and promoting all rounded and holistic inclusive development.”

He cited promotion of Gikuyu culture and traditional values, performance of cultural activities and rites in accordance with Gikuyu traditions and boys’ circumcision as some objectives.

“There has been a lot of interest in the ‘kirira’ (citation) shared at Gwata Ndai, both from the church and other circles.

A lot of what is going around in the press and other media are a complete misrepresentation of what goes on there. These baseless allegations are of great concern to us because they border on illegal and criminal activities.

The aim of this misinformation is to curtail Agikuyu culture and to isolate and portray Gwata Ndai as a criminal sect/cult,” Kimani said.

County commissioner Wilson Wanyanga confirmed to People Daily that the matter “which has been shrouded by a lot of secrecy” was on his table and today the security team will have a meeting to unearth the truth. 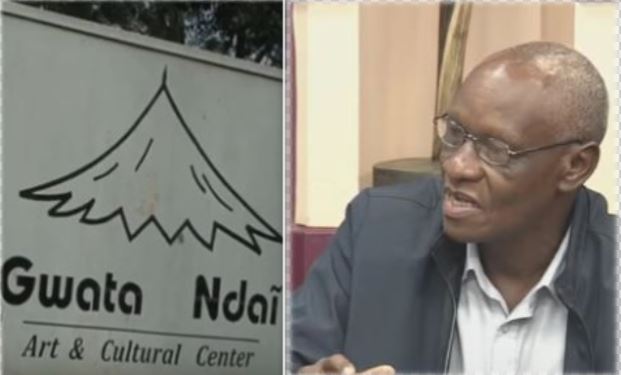