The Building Bridges Initiative (BBI) has failed to address the constitutional requirement that orders that neither gender should have more than two-thirds in elective positions, Pentecostal Evangelistic Fellowship of Africa (PEFA) church has said.


The church noted with concern that Kenyan women have not been adequately addressed in regard to their constitutional right on the two third gender principle despite expansion of the national assembly by 70 members.


Addressing journalists in Juja after the church’s annual general meeting yesterday, bishop John Okinda who happens to be the church chairperson further said that transferring women representatives from the national assembly to senate will also deny them the opportunity to be appointed cabinet ministers and their place in the national resource sharing table.


“The provisions therefore require further considerations and consultations to resolve this,” he said.

Additionally, Okinda who read a joint press statement on behalf of other bishops noted that the proposal in the BBI to abolish the national police service commission and replace it with Kenya police council headed by the cabinet secretary for interior will compromise and politicize the independence of the police service.


“We strongly recommend retention and strengthening of the national police service commission as opposed to abolitions,” he said.


Okinda further cited that proposals to establish office of the judiciary Ombudsman appointed by the President will weaken and endanger the judicial path of restoring and administering justice to the Kenyan people irrespective of their social and political inclinations.


Further, PEFA church took issue with plans to have political parties nominate Independent Electoral and Boundaries commissioner players said that such a move would compromise the situation.


“This is a dangerous trend because IEBC will eventually be controlled by the same political parties and we are wondering why this time, a player is appointing a referee,” remarked Okinda.


While rooting for a consensus and further inclusion of ideas in the document that could see the country change its governance structures, the church insisted that the BBI process must have an inclusivity ensuring that all concerns of Kenyans are taken into account.


“Comprehensive civic education should be undertaken to ensure that all Kenyans are made aware of the contents to make informed choices,” added Okinda.


The bishop urged the government to expedite facilitation of the composition of IEBC commissioners and the electoral laws in preparation for the 2022 general elections.


The church however welcomed the increase in sharable revenue of county governments from 15 percent to 35 percent of the national revenue and establishment of prime minister and his two deputies.


“Establishment of the leader of opposition position will also allow inclusion of the first presidential runners up who will put the government of the day on check,” he said.


The church thereby urged the government to first expedite constitutional changes that can be amended in parliament to allow for further discussion.


“If we cannot achieve this collectively as a nation, why don’t we wait for a few more months so that we consult far and wide to bring a united nation,” he said.


On the Covid-19 pandemic, the church regretted that the government has channeled its communication on BBI proposals neglecting serious health concerns among Kenyans especially the rising Covid-19 cases.


“Yes, we may have the BBI document but shall we have the people we want to rule, doctors to treat us as we rule. We need to put more concentration on the current pandemic that we have so that we are safe,” bishop Samuel Munai, the deputy presiding bishop of Pefa church Kenya said. 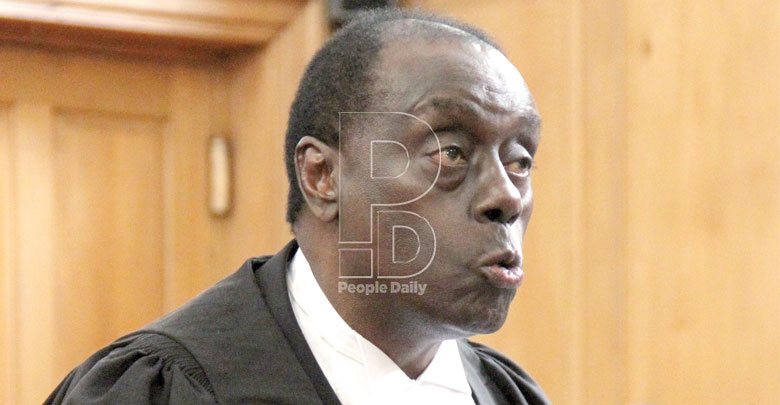