A rare migratory bird has landed in Kenya after flying a distance of 6948 kilometres from Finland. The migratory bird known as Osprey was spotted in West Imbo Location, Usalu Village, Bondo Sub County in Siaya County.

According to Kenya wildlife Service (KWS), the bird has flown to Kenya, covering a distance of 6,948 kilometres or 4,317 miles to A member of the community, a Walter Oloo spotted the bird on January 20, 2020 and reported to KWS Siaya County team.

The bird was caught in fishing net and seems to have struggled to release itself. It has some bruises on the legs but it appears healthy, though it has lost some weight, and is dehydrated.

It was delivered to the KWS Veterinary Department on January 23, 2020.
It will be stabilised by administering IV fluids and provided proper diet, then monitored for a few days before being released back to the wild.

The bird’s origin has been established from a refereeing ring on its leg whose details show that it was ringed in Finland (Museum Zool, Helsinki Finland, www.ring.ac, M-68528).

Kenya Wildlife Service Head of Veterinary Services, Dr David Ndeereh said they will share the information with the East Africa Bird Ringing Association to obtain further details on the bird.

Osprey (Pandion haliaetus), also called sea hawk, river hawk, and fish hawk is a diurnal, fish-eating bird of prey with a cosmopolitan range. It is a large raptor, reaching more than 60 cm (24 in) in length and 180 cm (71 in) across the wings.

KWS Director Research, Dr. Patrick Omondi, has called on the Siaya County Government to enhance the protection of Lake Victoria catchment areas including Lake Kanyaboli National Reserve as a number of migratory birds have been sighted in these areas in recent surveys.
End copy. 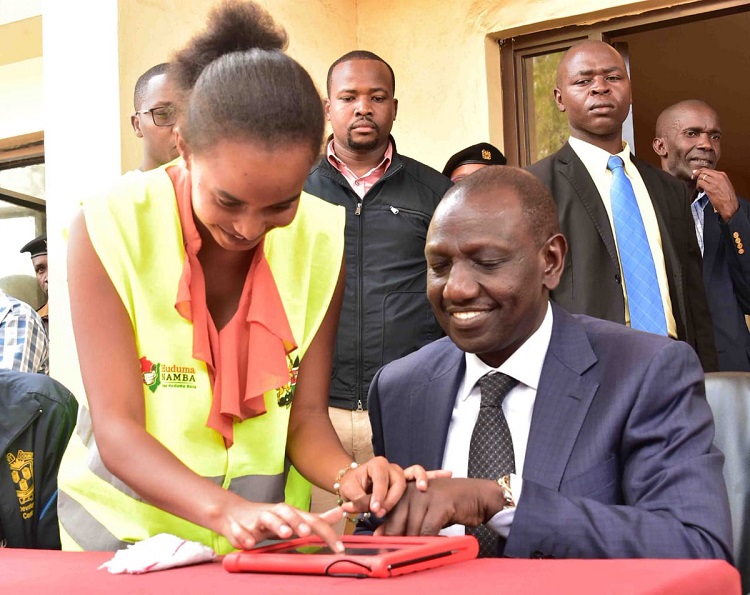