The defence team of lawyers for Wakhungu also spent the better part of the weekend working on paperwork as they plan to file an appeal in the High Court today to challenge the lower court’s decision in Sh297 million maize fraud case against the two.

The developments follow last Thursady’s conviction and sentence imposed by Milimani Chief Magistrate Elizabeth Juma, who ordered them to pay a combined fine of Sh 2.1 billion or to serve 67 and 69 years in jail, respectively.

To avoid the lengthy jail term, the family and lawyers representing Wakhungu met in Kileleshwa, Nairobi, on Saturday to discuss the way forward in terms of raising the fine and analysing the judgement ahead of the appeal.

“We had a family meeting yesterday to discuss how we could raise the fine. I will not give you more details,” said a relative who sought anonymity because he is not the family spokes person. Waluke’s wife, Roselyne, on the other hand, said she was in the process of acquiring a Paybill number to enable the family to start a fundraising effort.

“I am grateful for all those who have supported us. As a family, we request your prayers and financial support to enable my husband to raise the court fine,” she said.

There were reports that Wakhungu’s family had started raising the money amid claims that they had collected a substantial amount. Family members, defence lawyers and even the Law Society of Kenya (LSK) President Nelson Havi have termed the sentence too stiff, illegal and fraudulent.

Writing on his twitter account, Havi maintained that the National Cereals and Produce Board (NCPB) contracted Waluke and Wakhungu and that the arbitrator affirmed the payments. Havi said the award was enforced by the High Court, adding that the parastatal lost a case before the High Court and the Court of Appeal and paid the decree.

“How can that be a crime? Do not celebrate fraudulent convictions,” Havi tweeted. Waluke’s defence team comprising Ombeta, Danstan Omari, Evans Ondieki and Sam Nyaberi will be filing an application seeking to set aside the decision pending the hearing and determination of the appeal.

During mitigation, the lawyers asked the court to exercise leniency on Waluke when passing sentence to save his parliamentary seat. Shorter sentence For Wakhungu, the lawyers are pushing for a non-custodial sentence.

Her lawyer, Duncan Okubasu, also pleaded with the court to opt for sentences that are likely to promote rehabilitation. “The court should consider a shorter sentence. It should consider the age of the person convicted.

Lastly, consider the character of the accused person… This is her first encounter with the criminal justice system,” he begged the court. Wakhungu spent her life in the public service rising to be the first woman to head a parastatal.

According to the prosecution led by State prosecutors Alex Muteti and Joseph Riungu, there was enough evidence to warrant the conviction, adding that the accused persons were found guilty of fraud as corroborated by two South Africans tilted ‘the scales in favour of the prosecution’.

The jailing of the second-term legislator is a major victory for the Ethics and Anti-Corruption Commission (EACC) and the Director of Public Prosecutions (DPP) Noordin Haji in the graft war.

To buttress their case, the prosecution called Freddy Chetty from Durban, South Africa, who testified that he was a director of Chelsea Freight with two other co-directors; Thilogan Pillay and Leon Alfred Maynard. His evidence is that the invoice touching on the maize matter did not emanate from their company.

The witness said the issuing of invoices at Chelsea was under his docket and mandate and maintained that he was not aware of an invoice tabled by Erad Supplies. He also denied being involved in any storage business and that the company did not receive any money from Erad.

The prosecution also called Andries Christoffel, a police officer from South Africa, who said he got a court order to investigate the companies. He said he physically looked for the individuals of the companies named.

The officer said some of the people named by Erad as business associates denied knowing the company and having any dealings with it. Waluke admitted that he was paid Sh50 million from the Sh297 million award ordered by the arbitrator while Wakhungu got Sh40 million.

The late Jacob Juma. who was killed in 2016, paid himself Sh113 million while the rest was paid to law firms that represented the company in the arbitration. For receiving the fraudulent money, the MP and Wakhungu will pay more than Sh2.1 billion.

Waluke said Juma was “aggressive and ran the day-to-day activities of the company.” It was he who paid them the money. What is unknown to many Kenyans, however, is how their company, Erad Supplies and General Contractors, almost crippled NCPB services by seizing its accounts and property, as they sought to enforce an award granted to them in 2009.

After obtaining the award, the firm went for NCPB’s accounts, premises and properties, confiscated some and sold them through public auction. High Court judge Leonard Njagi confirmed the award in June 2011.

All of them were sold through public auction and proceeds not accounted for. Documents filed in court showed that NCPB desperately sought to stop the raids in vain. 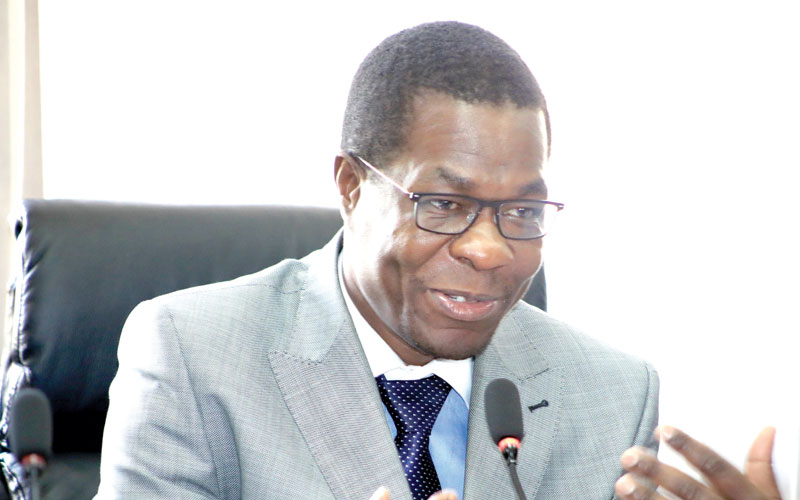 Agriculture ministry on the spot over Sh4.5b maize importation