Youth groups from Jubilee and the Orange Democratic Movement(ODM) parties have formed a caucus to popularise the Building Bridges Initiative(BBI) in Central Kenya and other regions.

Speaking during a meeting at Bishop David Gakuyo's Nairobi home on Saturday, the group leaders said they will launch their initiative in Central Kenya before moving to the Coast, Eastern and North-Eastern regions.

Kinuthia appealed to Mt Kenya politicians not to mislead their people into believing that the draft report is meant to benefit only those in the leadership hierarchy and said it comes with lots of goodies for the region.

“For instance Mt Kenya region alone is set to get 18 more constituencies which translates to an injection of 1.8 billion in funds allocation through the NG-CDF allocations,” said Kinuthia and added that the group’s mission is to enlighten the populace, particularly the youth into supporting the document.

Enumerating some of the proposals contained in the draft report, the CAS said constituencies like Ruiru in Kiambu County are highly under-represented and residents will gain if it is split as proposed.

Oburu, a son of legislator Oburu Odinga and a CEC member for Roads in Siaya County said BBI brings new hope for the youth whom the draft document aims to get economically empowered through

Another group leader, Ms Renee Mayaka who is a member of the Nyamira County Assembly said proposals to raise county allocations to 35 percent and introduce a 5 percent kitty for ward reps will greatly transform lives through the devolved units.

She also said the requirement for MCAs and MPs to be degree holders should be shelved for now and implemented in phases, as it stands to frustrate people with good leadership abilities but lacking academic papers.

Gakuyo who is Kiambu Governor James Nyoro’s political advisor and point man in Kiambu said he has set out to popularise ODM leader Raila Odinga in Central Kenya and other areas and asked Deputy President William Ruto to shelve his ambitions and accept to become leader of opposition.

He added: “Raila has been in the opposition for the longest time and was the one who declared ‘Kibaki tosha’ and now time has come for us to pay his debt. His star is now shining and I have a vision that he will be the next President." 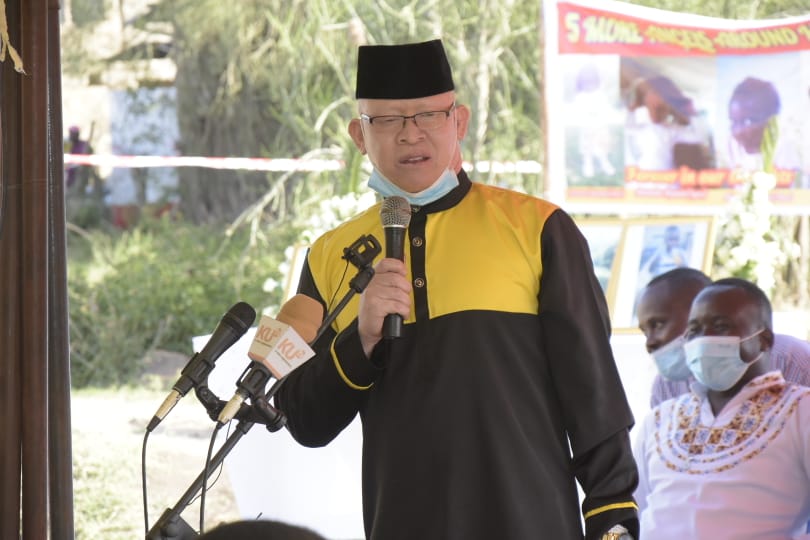 Probe on Gakuyo over Sh1b fraud to end in prosecution: DCI