Pressured Waiguru hints at joining UDA, says she will heed to advice by Kirinyaga residents

Kirinyaga Governor Anne Waiguru has subtly indicated that she is ready to ditch the ruling Jubilee Party for the political outfit that her constituents will advice her to join.

The county chief has in the recent past sent mixed signals about her next political move in the 2022 general elections. Speaking today in Kirinyaga county, Waiguru said that she will engage her constituents before committing to any political party ahead of next year's polls.

"I said I am paying attention to the ground to find out on whose side it has shifted to before reaching a decision. I only have one question to ask, In which party would you want me to vie in? And I will say that I only heeded the advice of my people once I make that decision," she said.

The charged crowd kept chanting 'UDA' in reference to Deputy President William Ruto's newly formed political outfit, UDA party. In her response, Waiguru told the crowd that she has no option but to join their party of choice.

The former Devolution cabinet secretary, who was inspecting development projects commissioned by her administration, took a swipe at veteran politician Martha Karua. She took an issue with the decision by a group of Mt Kenya leaders to elect the Narc-Kenya party leader as the region's spokesperson.

Karua, who was Waiguru's key opponent in 2017, announced that she has her guns trained at the Kirinyaga gubernatorial seat in 2022.

"I hear my sister (Karua) who I defeated in the 2017 general elections wants to compete with me again. She has been elected as an interim spokesperson by a section of Mt Kenya leaders and she should be contented with that," the county chief said.

While adding his voice to the 2022 gubernatorial contest, Kirinyaga County assembly Majority leader Kamau Murango urged governor Waiguru to decamp from the Jubilee Party if she is keen at retaining her seat.

Murango, who was speaking in Thiba ward, Mwea Constituency, said that Kirinyaga electorates will only elect leaders affiliated to Ruto's UDA party.

"Let me tell you my governor, do not spill while you are pouring, the people have advised you to join UDA, failure to which they will not re-elect you. You must therefore 'come here in a wheelbarrow' so that they can elect you. They stood with the chief hustler and they will stand with you too," he said. 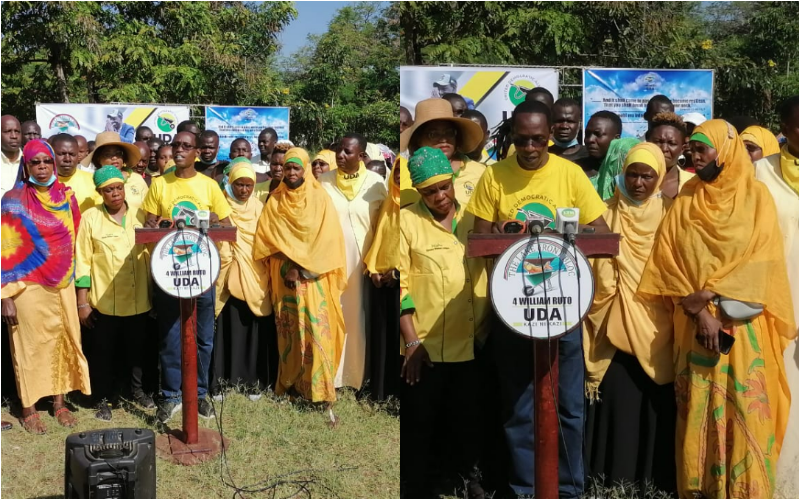