Tension is high along the Kiambu/ Kajiado/Narok borders following Thursday's killing of a middle-aged man and the injuring of several others during a bloody livestock rustling by bandits who are believed to have originated from Kajiado and Narok.

The daring daylight onslaught saw a heavily armed gang of close to 300  youthful men invade a village in Ndeiya, Kiambu county making away with 80 heads of cattle and hundreds of goats and sheep.

During the invasion, a middle-aged man was hacked to death while several others were seriously injured as they helplessly tried to fight off the invaders who were allegedly armed with guns and other crude weapons.

The attackers also extensively damaged a Kiambu county government vehicle assigned to the majority leader in the county and who is the Ndeiya MCA, Gideon Gachara, who luckily, escaped unhurt.

On Friday, tension continued to build as hundreds of youths from Ndeiya armed themselves in bid to retaliate as well as try to recover the stolen livestock.

Kiambu governor James Nyoro and County Commissioner Wilson Wanyanga had an uphill task trying to convince the hundreds of visibly irate and 'bloodthirsty' men not to retaliate and instead give both the national and county government time to solve the problem.

It took the governor's counsel to peacefully convince the unrelenting locals who were being ferried to the border in lorries, pickups, and motorcycles ready to attack.

The county commissioner immediately transferred all the Ndeiya police station police officers after locals claimed that they failed to respond to their distress calls during the bloody raid.

Wanyanga also committed to talking to his counterparts in Kajiado and Narok to help avoid probable incursions between the two communities.

"I promise to have all the stolen cattle returned to you my people. I know you are bitter and sad but I am promising you a comprehensive answer to this issue," he said.

MCA Gachara who was at the scene during the raid said that the locals are tired of the insecurity in the area which looks very well planned and financed by unknown people who he claimed transported the raiders with lorries up to the Nachu SGR terminus.

Kiambu governor James Nyoro said he is going to convene an urgent meeting with his Kajiado governor and Narok counterparts Joseph Ole Lenku and Samuel Tunai respectively in a bid to have the stolen livestock returned to their owners.

"We have border politics that are being played here and we cannot accept the same to cause loss of lives,” concerned Nyoro.

Kevin Karumbi, a herder who was with the deceased said the over 300 men attacked them while armed with bows and arrows, spears overrunning the whole village.

"Our women and children cried and screamed when they heard gunshots. A few police officers came but were heavily outnumbered by the raiders forcing them to retreat leaving us at the mercy of the raiders,” Karumba said as he fought back tears.

He added that 200 raiders pushed the villagers in a spirited fight while the remaining over 100 raiders made away with the cattle.

The deceased hid in a bush but he was spotted by the attackers and clobbered to death.

Women and children had to leave their houses and run for their dear lives as they feared the raiders would return at night.

The body of the deceased was moved to Upland funeral home in Lari. 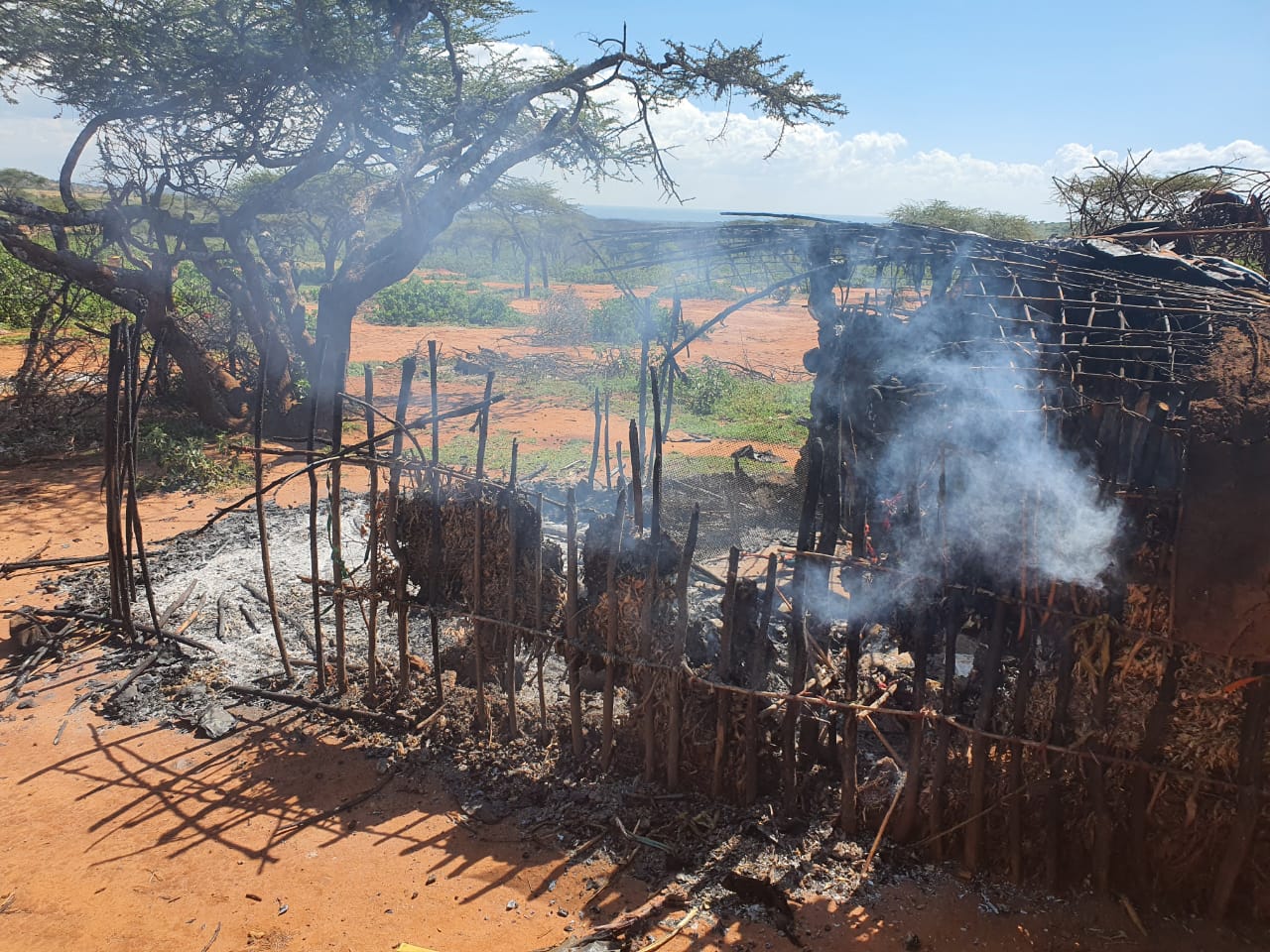