Lewis Hamilton and Mercedes will venture into this weekend’s Russian Grand Prix with a rare sense of vulnerability after suffering three successive defeats by Ferrari ahead of a race they have dominated for five years.

Defending five-time champion Hamilton should have every reason to feel confident – he has won three times at the former Olympic Park venue, including last year, and Mercedes have won every contest since 2014.

But after seeing Charles Leclerc triumph in Belgium and Italy and Sebastian Vettel win in last Sunday’s Singapore Grand Prix, he knows Ferrari have the car performance and the power to end the Silver Arrows’ supremacy by the Black Sea.

And, more than that, he also knows that his own team-mate Valtteri Bottas has a sense of unfinished business to attend to at one of his favourite circuits where, irked by finishing second last weekend, Leclerc has extra motivation to succeed.

For Hamilton, what was once seen as a comfortable run-in to his sixth drivers’ title now looks to be a perilous prospect.

“These next races are going to be tough,” admitted Hamilton. “If anyone feels relaxed they need talking to because we should all be feeling the pain in our team. I think I am a realist so I see the situation we are in – and Ferrari have come up with some sort of upgrade that’s given them a massive boost and something like 20 or 30 points.

“Clearly, their car works everywhere now so it’s going to be very hard to beat them, particularly as they are so fast on the straights. At the moment, they are delivering better than us so we have to get back together, work hard and move forwards.”

Hamilton may lead the title race by 65 points ahead of Bottas, but he has not had two successive wins since the French Grand Prix in June and knows the Finn, in Sochi, will be a tough rival if the team allow him.

“I’ve got unfinished business in Sochi,” said Bottas. “It has normally been a good track for me and I need to make sure it will be again.”

Last year, Bottas was heading to victory until Mercedes asked him to let Hamilton through to win, a decision that irked him, just as Ferrari’s use of the under-cut for Vettel did the same to Leclerc in Singapore.

The Monegasque was initially furious, but calmed down after the race to adopt a more diplomatic tone ahead of Sochi.

“I think we were surprised by how powerful the under-cut was,” he said. “It was very frustrating for me in the car, but out of the car I understand the situation a lot more and I’m happy for the team, and for Seb. He deserved it.

“Now I move forward. Sometimes it goes that way. It’s life. I will bounce back stronger and arriving in Russia after three wins with the team, three positive weekends, feels great.”

Much will depend on how Ferrari’s updated car, with a heavily-revised front end, behaves at the demanding Sochi circuit, with several inviting straights, where Vettel has been the only non-Mercedes driver to claim pole in 2017.  -AFP 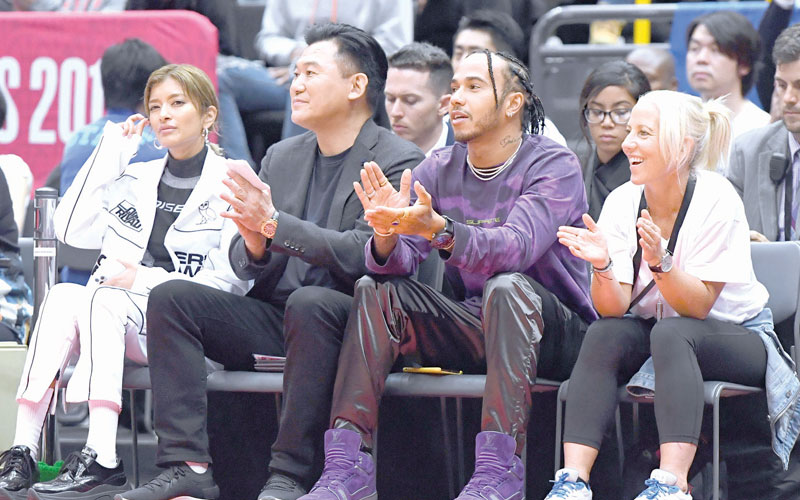 Hamilton warns Ferrari not to snub Vettel to ‘ramp up’ Leclerc

Disrupted Formula One 70th edition could end in tears