The legendary athlete spoke highly of the 24-year-old runner who on Sunday smashed the world record in Valencia, Spain.

By clocking 57:32, the athlete who was born in  Ngendoi village, Baringo County, became the first man to run under 58 minutes in history over the distance.

The National Olympic Committee - Kenya (NOC-K) boss says he can detect huge potential from miles away.

“I think we can all agree we have something special before us,” Tergat told People Sport.

“He has shown us serious meteoric rise, he is the kind of talent we should take care of,” Tergat said of the man who in October settled for a silver medal at the world half marathon championships.

Tergat himself is no stranger to victory having become the first man to successfully defend his world half marathon title and he lauded Kandie for running four half marathons all in under one hour in one year.

“It takes something special to achieve that. You don’t see that often.That is why I have huge respect for the young man because he is going places,” added Tergat who won his first world half marathon title in Palermo, Italy, in 1999 before defending his title in Veracruz, Mexico, in 2000.

Besides consistency, Tergat also admires the running traits of Kandie, saying the athlete’s never-say-die attitude will take him far.

“Recently, I watched  a clip of Kandie with Jacob Kiplimo when the Ugandan appeared to start celebrating towards the end of a 15km race.

That did not bother Kandie, he kept going and eventually won the race. It took sheer determination,” added Tergat.

Also impressed by the Kenya Defence Forces officer’s rise is the national athletics head coach Julius Kirwa who says going to 2021 Olympics in Tokyo, Japan, the Kenya will be a key favourite in the men’s 10,000m.

“Ugandans are very dominant lately in the long distance races and rightfully so because they have been training well and learned from our tactics.

But with  Kandie, I am confident we have a weapon to challenge for the elusive gold at the Olympics,” said Kirwa. 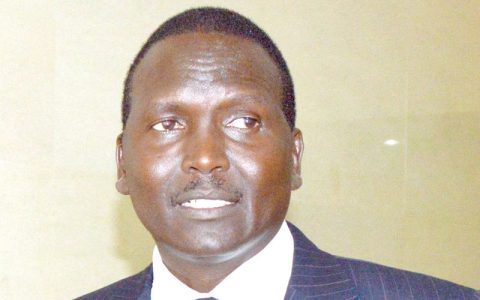 I’ll be defending my seat at Nock polls and will work with any elected officials, says Tergat