Athletics Kenya top brass are confident the country stands to be awarded rights to host a leg of the prestigious Diamond League series next year.


AK boss Jack Tuwei says the country is in the process of bidding to host the elite one-day global athletics circuit event from 2023 even as preparations for the third and final edition of the Continental Gold Tour meeting - the Kipkeino Classic - set for the Kasarani Stadium in May intensifies.

The AK chief stated that successful hosting of the third edition of the KipKeino Classic is key if Kenya is to stand any chance of hosting the annual prestigious series. The 2021 Kip Keino Classic meeting attracted big names such as the US trio of four-time world champion Justin Gatlin, Trayvon Bromell and Fred Kerley, and an even better experience is anticipated.


“We have learnt alot from the previous two editions. Remember we had a more successful event last year than the 2020 one and we hope this year’s championship will be more successful than last year’s because this is also our final year,” said Tuwei.


File report
Moroccan capital Rabat is the only African city that stages a Diamond League meeting after it was awarded the rights in 2016.

“It is something that we started some time ago when we were awarded the hosting rights for the Continental Tour Gold meeting. It is our hope and prayer that when we host our third edition then we can be honoured with hosting the Diamond League,” said Tuwei. Kenya has also hosted a series of World Athletics global events such as the World Under-18 Championships in 2017 and the World Under-20 Championships last year.

Kenya is also set to host the inaugural World Cross Country Tour named in honour of the late Agnes Tirop that is slated for February 12 in Kapseret, Eldoret.


With Kenya having also submitted a bid to host the 2025 World Championships, Tuwei is equally confident Kenya will be the first African country to stage the world’s largest athletics event.


“Again this is something we have been working on. To submit a bid for the world championships requires a lot of work and coordination from all stakeholders. The 2025 bid is on and we are still following the process,” he said.


He revealed that the next step is for a delegation from World Athletics to visit Kenya and later file a report on their findings. 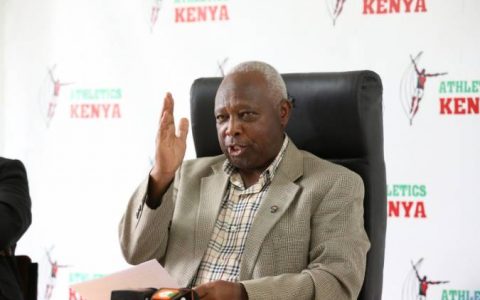