Wiper Party leader Kalonzo Musyoka has on Friday January 28, 2022 revealed that he had offered his estranged political partner Musalia Mudavadi, the Deputy President position in the event that he accepted to run with him on a joint ticket.

Kalonzo further disclosed that he had also vowed to be at the helm of power for only 5 years then hand over power to Mudavadi if he accepted the deal.

The OKA Principal, in a subtle ridicule attack at his erstwhile coalition partner, stated that he is sure Mudavadi will not be offered a position in Ruto's camp that is bigger than what he stood to gain, had he stayed put in OKA.

"I was ready to make Musalia Mudavadi my Deputy President. I am not sure if he has been offered a better position in Ruto's camp. Being 68, I promised him that I will only serve for 5 years and hand over power to him in 2027. But he grew impatient," the Wiper party leader revealed during a political rally in Wote, Makueni county.

Before the departure of Wetangula and Mudavadi, the OKA technical committee had suggested, in numerous simulations, that Kalonzo be the coalition's flagbearer deputized by the ANC Party leader.

Mudavadi and Wetangula have since joined forces with Ruto in a newly flanged coalition dubbed The Kenya Kwanza Coalition. The coalition was birthed during the Amani National Congress party NDC at the Bomas of Kenya, Nairobi.

Kalonzo, Gideon Moi and Jimi Wanjigi attended the convention before storming out after Deputy President William Ruto and his UDA entourage arrived at the venue. The trio has since disclosed that they were not briefed about Ruto's attendance and that they felt betrayed by Mudavadi's dishonesty. 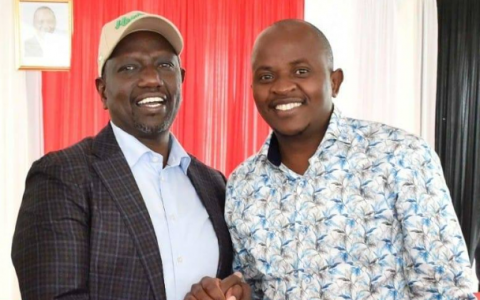