Ayub Savula, who had been a vocal member of Amani National Congress (ANC) party now claims that a team that had the blessing of President Uhuru Kenyatta had crafted a deal to have Musalia Mudavadi as Raila Odinga's running mate in the upcoming polls.

The meeting with the president had resolved that the five were to produce one presidential candidate so Savula and Wamalwa were negotiating for Musalia to be Raila's running mate.

The Lugari MP further claims that Mudavadi had signed a secret document, whose original copy the president has, to the agreement that they were going to produce one candidate.

"Uhuru called the first meeting with all the big five; Musalia, Raila, Kalonzo, Wetangula and Gideon Moi. Musalia has appended his signature to a document which only president Uhuru Kenyatta has its original copy. They had agreed to field a single presidential candidate, ODM inclusive.

“Defense CS Eugene Wamalwa and I later held a meeting with Raila in Karen and agreed that Musalia was going to be Raila’s running mate," Savula revealed during an interview with Spice FM.

Savula further added that, in the deal, the Central community which has been seeking the deputy slot would be given 50 per cent of the government positions.

The MP said that when he tried to convince Musalia to take the deal, the ANC boss reportedly told him to go slow on the deal while he (Musalia) was secretly negotiating with Ruto.

"As a journalist, I did my own investigation and it came out that Mudavadi was sending agents to negotiate with Deputy President William Ruto while he was lying to us on the other hand. That is why I left his party," he stated. 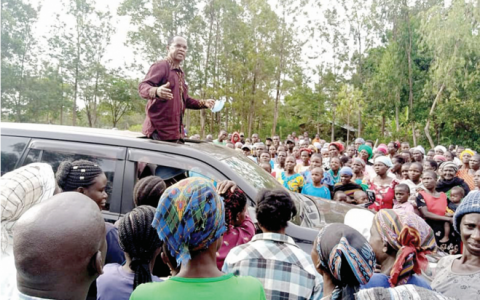 I will officially quit ANC if Mudavadi joins Ruto – Savula