Director of Public Prosecutions Noordin Haji last evening withdrew his officers from courts across the country, a move that could severely affect litigation proceedings.

In a virtual meeting with staff in the department in the wake of widespread Covid-19 infections, Haji set a number of conditions to be met before allowing prosecutors back in the courtrooms.

Among the conditions, the DPP demanded that players in the justice system including the Police, Prisons and Judiciary to put in place measures to protect all court users from contracting the virus.

Haji wants the institutions to conduct mass testing of all the officers involved in court proceedings to avoid putting their colleagues in danger of contracting the virus.

His demands come in the wake of reports that more than 200 employees of the ODPP, including a big number of prosecutors, had contracted the virus and had gone to self isolation.

Majority of those affected are in the murder and corruption sections.

In his address yesterday, Haji told the prosecutors to “remain cool” as the issue is addressed.

While assuring them his office will not abandon them at the hour of need, the DPP said adequate medical arrangements had been made.

And in a statement to newsrooms last evening, Haji said that while the officers who had tested positive had been advised to go for self quarantine, his office was in the process of preparing an isolation centre at the Prosecutors Training Institute for those who chose to self isolate away for their homes.

“Having taken note of this fact from the assessments, we shall be engaging the National Council for Administrative Justice (NCAJ) on this matter in order to ensure that adequate measures are taken to safeguard the welfare of not only the prosecutors but that of the magistrates, judges, lawyers and members of the public,” he said in the statement.

“The affected officers have been advised to self-isolate and those unable to do so for whatever reasons have been given an option of being quarantined at centres of choice.”

Haji said it is evident majority of the cases were coming from officers serving in divisions that have been participating in the open court proceedings and not countrywide offices as these have been regularly sanitised and members of the staff ordered to work in shifts throughout the period in order to create adequate space for social distancing.

‘This is a clear indication that those who participate in open court proceedings during this time of the pandemic are highly exposed to the disease because of the human interaction that we have no control over within the courts,” he said.

Haji who assured the public that his office will give further details on the matter, adding that the decision to carry out mass testing was adopted in order to protect the health and safety of his staff who are being exposed while in the line of duty.

“Our prosecutors have always worked hard, and continue to do so to ensure that the wheels of justice do not grind to a halt,” he added.

An assistant director of public prosecutions was said to be  among those who tested positive even as one of the magistrates involved in plea-taking was also confirmed to have contracted the disease.

Haji’s statement comes at a time when the  Covid-19 pandemic has continued to ravage government ministries after 26 staff at the Ministry of Trade tested positive for the disease. 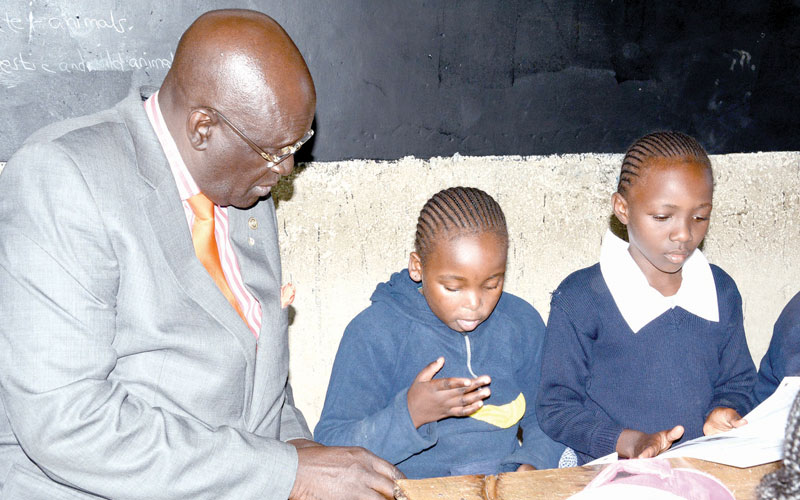 Back-to-school headache ahead of key meeting

Don’t celebrate yet, WHO warns over falling Covid-19 infections