Thousands of tearful Tanzanians  paid farewell to their fallen President John Pombe Magufuli at his ancestral home in Chato in north Western Tanzania ahead of his burial today.

It was an emotional send-off for one of Tanzania’s most famous sons who died in Dar es Salaam on March 18.

His close family, relatives and friends   attended a private funeral service in Chato.

Mourners, spanning multiple generations, gathered yesterday for one last time to honour the departed revolutionary leader who garnered a devoted following of admirers for his development record, fight against corruption, patriotism and commitment to his voters.

He said one can be surprised at how he accomplished such achievements in a short period of time.

“We will always remember you for such goodness and that is our offering to you,” he said at a service also attended by Prime Minister Kassim Majaliwa.

Abdulla explained that for the nation to cherish President Magufuli, it needs to continue working hard, fight corruption, embezzlement and make patriotism a first priority.

He thanked the public for sustaining peace and stability, especially during the tragedy.

“The nation has suffered a great loss. I urge fellow Tanzanians to stand firm and ensure we work together to build Tanzania,” he said emphasising that all mourners have the entire day to ensure they bid farewell to their loved president.

Security was heightened at the ceremony as mourners led by Prime Minister Kassim Majaliwa eulogised Magufuli.

Despite fears of widespread infections of Covid-19, several mourners still wore no masks.

Abdulla praised Magufuli saying his departure was being felt worldwide.

“The pain of losing President Magufuli does only affect Tanzanians. It is being felt worldwide,” he said.

President Magufuli will be buried today at his Chato home, Geita in northwestern Tanzania.

Before his death, he had declared Tanzania “Covid-free” and would later express doubt on the safety of masks and vaccines.

He was a Covid-19 skeptic, who urged Tanzanians to shun mask-wearing and denounced vaccines as a Western conspiracy, frustrating the World Health Organisation (WHO) efforts to contain the pandemic.

A Tanzanian Catholic bishop has said Magufuli requested him twice to bury him.

Bishop Severine Niwemugizi of Rulenge-Ngara Diocese recalled Magufuli told him on two separate occasions that he would lead the mass for his burial.

He spoke during Magufuli’s burial mass at the Mary the Virgin Catholic Church. 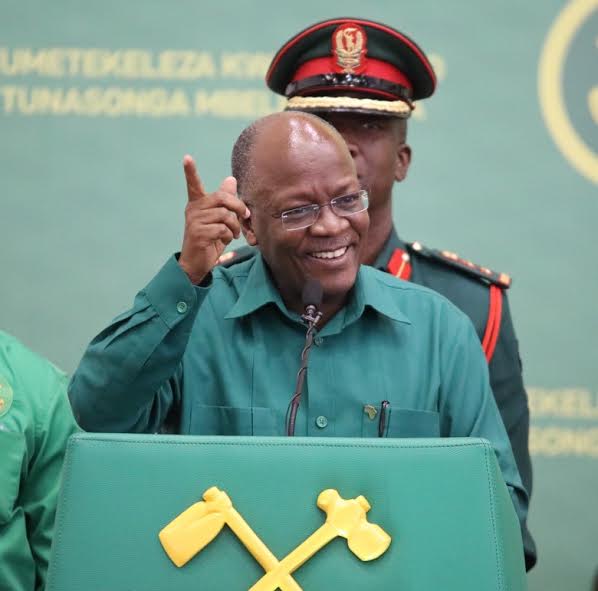