A nine-member team has been appointed by the Senate leadership to strike a compromise on a row regarding the third basis for revenue sharing among counties.


The lineup to be chaired by Deputy Speaker Prof. Margaret Kamar will among other things review and consolidate various amendments to the House committee on Finance and Budget’s third basis formula of sharing county revenue so as to explore a middle ground.


“They will invite and listen to all senators with amendments and formula to the report table by the committee,” Senate Speaker Kenneth Lusaka told People Daily in a phone interview on Wednesday.


Lusaka added: “The team will file their findings with the Senate leadership in a sitting to be held on Friday before presenting the same to an informal members sitting better known as a Kamukunji either on Monday or Tuesday morning.”

The Speaker Lusaka revealed that they had already advised the team to put together a schedule on how they will be holding their meetings starting Thursday morning.


“It’s inevitable that they must organize for a retreat to deliberate and listen to everyone so that we are able to come up with a formula agreeable to all sides,” he said adding that the venue of the meeting will be communicated on Thursday August 6 after consultations.


Asked what had informed the decision, Lusaka was categorical that the Senate leadership decision was informed by the realization among senators that their hardline positions would divide the country down the middle.


Yesterday, a total of 35 senators mainly drawn from counties which were set to lose billions of shillings if the Third Basis Formula was passed backed by their allies from some populous counties, voted in favour of the motion to adjourn brought by Elgeyo-Marakwet Senator Kipchumba Murkomen. 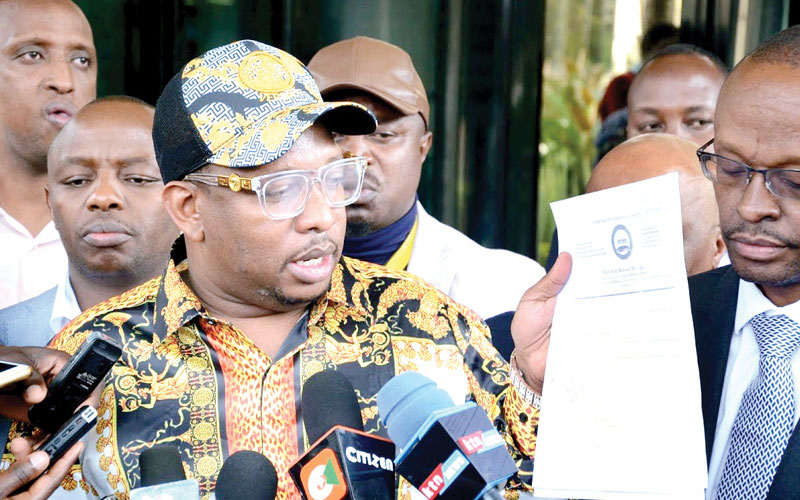