As the fight for the control of Mt Kenya region’s politics continues to intensify, National Assembly Speaker Justin Muturi seems to have jumped the hurdle ahead of Agriculture Cabinet Secretary Peter Munya to be crowned as the spokesman of Mt Kenya East.

In clear indication that the move did not sit down well with him, Munya who was accompanied by East Africa Legislative Assembly (EALA) Mpuru Aburi, stormed the coronation meeting and blamed the Speaker of not inviting him despite visiting his home.

Muturi who hails from Mbeere in Tharaka Nithi County was crowned as spokesman by the Njuri Ncheke Council of Elders who hold significant sway in Meru politics.

“Muturi is my friend but I wonder why he did not invite me to this occasion and I am also a member of Njuri Ncheke but he is welcome to visit his in-laws but hope what is being done here today is not about politics because council of elders is not a political body,” added Munya.

Munya also pointed out that the Sagana meeting by Mt Kenya leaders hosted by President Uhuru Kenyatta emphasized dialogue to address political issues in the region.

“When a child come knocking the door of the house he is welcomed and well fed it doesn’t matter if he has used the front or back door and if he is homeless where he comes from we will give him land to settle down," lamented Munya who led the elders in endorsing Building Bridges Initiative as well.

Elders were reluctant to allow Mpuri a chance to speak but he took the occasion to throw support behind Munya who, he said, was capable of leading the Mt Kenya region.

Speaking the elders from Kiama Kiama from Kikuyu Community ,Nyangi Ndiririri from Embu, Ngome from Mberee and Njuri Ncheke from Meru and Tharaka Nithi installed the speaker as the Mt. Kenya spokesperson ,a post that is also being sought by Munya and Tharaka Nithi senator Kithure Kindiki. 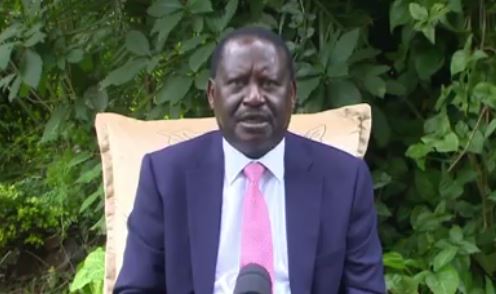 Raila back in hospital for ‘routine checkup’