The winner of the just ended months-long Ms President TV reality show contest, Nereah Oketch, is a lady per excellence. I did not watch the entire show, which was aired on a local TV station, but I watched the grand finale last week.

There were two probable winners for many people—Betty Adera from Nairobi county, and the eventual winner, Oketch, from Homa Bay. However, it was Oketch’s personality, composure and demeanour that endeared her leadership qualities to the ‘voters’.

On being declared the winner, Oketch first asked for her six-month old baby. She then proceeded to honour her husband, and recognised, in her own words, that he had gone through some things that a man should not have to!

Now, that is real power. Oketch came out as a woman who does not negate her womanhood, and the responsibilities that come with it. She appreciated the fact that her quest for leadership was not a show of might, but of love. That love conquers all.

Indeed, her power lay in her “submissiveness”, a term radical feminists loathe. She did not call out her husband for being envious, or insecure. She appreciated the complementarity and compromise of leadership, regardless of whether you are male or female. It is not a competition between who is smarter or stronger.

The late Bomet Governor Joyce Laboso was also an excellent example of the essence of women leadership. We did not hear or see her engaging in shouting matches with cantankerous leaders. Rather, she was always calm and sober, even amidst serious provocation, in order not to lose her vision and focus.

Additionally, she never neglected her crucial role of being a supportive mother and wife. Now, that is multi-tasking at its best.

Africa celebrated the Pan-African Women’s Day on July 31, 2010. Although information on this day is scant, one can deduce it is all about women’s rights and the wider picture of gender equality in an African context.

Let African women define their authentic type of leadership, away from the current model where combativeness seems to be the mantra of those going for high office. Being a woman, mother or wife should be an asset in leadership, not a liability.

Many wars have unintended consequences, usually referred to as collateral damage. Sometimes, the aggressor is left with little choice but to bring down the whole house to eliminate the enemy.

A classic example is the recent drastic action by Education Cabinet secretary George Magoha, suspending master’s and PhD degrees offered by the Jomo Kenyatta University of Agriculture and Technology since 2014 due to allegations of cheating and intellectual dishonesty.

Of course, there are those who got their papers honestly. Definitely, the decree will hurt them, but they could be exonerated by the university’s report, which is due in three months.

The JKUAT crisis shows how our universities have become ivory towers of mediocrity. Let us not cry wolf as we now lie on the bed of thorns that we have made over the years. May we now move on and clean up other sectors teeming with quacks. 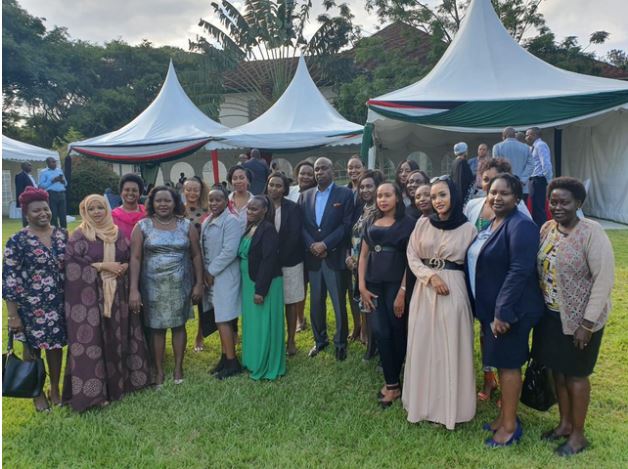