Westlands MP Tim Wanyonyi has told ODM to ensure that primaries for the Nairobi gubernatorial race are free and fair to avoid a fallout in the party.

Addressing the party’s youth league meeting in Nairobi on Monday, the Westlands MP warned that any attempt to impose a candidate on the people would lead to a fallout that would affect the party’s performance in next year’s General-Election.

Wanyonyi, who has declared interest in the seat, cautioned the party not to let shoddy nominations spoil its chances of winning the capital’s governorship.

Wanyonyi said it was time for ODM to take charge at City Hall and State House as well.

“When Baba (Raila Odinga) is at State House, we should not allow Nairobi to be managed by others. He should manage Nairobi by having an ODM governor in charge,” he said.

“Let us ensure that Baba gets our votes and many more. And as we negotiate with our partners, we should not cede ground.”

The lawmaker was reacting to reports that ODM may award certain aspirants direct tickets while in some cases, it may settle on candidates through consensus or the delegates system.

Wanyonyi warned that the system to be used in the nominations must be foolproof and not prone to abuse.

Nairobi Woman Rep Esther Passaris said the party must not lose the city’s top job in the next elections.

Both Passaris and Wanyonyi, however, agreed that loyal party supporters and leaders should be rewarded for their efforts, sacrifice and service.

Already, ODM leader Raila’s wife, Ida Odinga, has endorsed the MP, saying he is the most qualified leader for the position.

She described the MP as the epitome of integrity, well learned, honest and hardworking whose track record as the Westlands MP should be emulated by other leaders.

“Tim Wanyonyi is like my elder son, and he has a vision. We will ensure we support him so that he becomes the next Nairobi governor,” she said last weekend at a function in Wanyonyi’s Westland’s constituency. 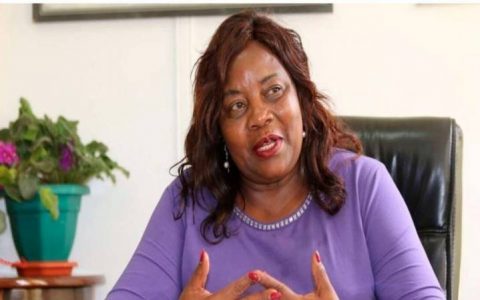