A shouting match has erupted between Education Cabinet Secretary George Magoha and education stakeholders over the rollout of the Competency Based Curriculum (CBC), or 3-6-6-3 system.

Parents and other stakeholders have expressed a myriad of concerns over CBC.

They worry about the cost of textbooks, the heavy workload on the children, lack of adequate infrastructure in schools, the mode of transition to the next grade and selection into high schools among other things.

Cresting this, a parent by the name Esther Ang’awa, has gone to court to stop further rollout of CBC.

Not to be outdone, Magoha has come out guns blazing. His typical retort these days is “nothing will stand in the way of CBC rollout.

We will not allow “toxic politics,”(whatever that means) to interfere with CBC.”

It is not for this column to make judgements over whose stand is right or wrong. But this shouting match does not augur well for the co-operation and understanding that the government has to  nurture for CBC to succeed.

Let us start with the basics. First, why CBC was rolled out. It intends to cure the rote learning that has condemned most students as failures due to inability to cram and regurgitate what was drummed into them.

They consequently failed exams and dropped out, sealing their fate.

The focus of education has been on two critical exams that determined the entire life trajectory of students, irrespective of any other talents or skills they have.

CBC aims to nurture an all-round student who has inbuilt capacity to develop and exploit his or her talents beyond academics.

The rote learning has created an elitist education system that has become, by design, highly discriminative, where only a select few make it.  Second, the CBC ship has sailed.

There is no turning back. Children cannot be the arena for jousting between two obstinate forces focused on power plays.

Once these two forces embrace these two realities, everybody can then back off. Take one step back, and exhale.

Re-engagement must be on the basis of seeking answers to the question, where do we go from here?

Parents must understand that rollout of a new curriculum is complex and highly involving.

They must be ready to pay the price, especially in terms of engagement with their children.

Focus on the end goal. Look at the students who have graduated from the previous system, many of whom are still tarmacking, and seek to have a better day for your child.

As for the good Prof, he really must tone down. He needs to show empathy and understanding.

Parents are invested in the education system, not at the policy level like him, but at the level of blood, sweat, toil and tears.

They are walking CBC every day with their children. Magoha cannot wish this away by dismissing it as “toxic politics.” He badly needs a communication advisor.

Magoha must not forget that parents are still smarting from his directive to head teachers two months ago to chase away students with fees arrears from school during Covid.

He needs to be very circumspect when dealing with parents. He has a huge credibility deficit with them.

Further, he needs to reinstitute the stakeholder network that he worked with to rollout CBC. It’s clear CBC is now at a critical juncture, thus the anxieties.

Education is a shared responsibility between government and parents. None can do anything without the support of the other.

A word of caution. Kenyans must be careful not to rubbish a curriculum that will equip entire upcoming generations for the future.

The damage in self confidence that was done to almost two generations who went through the 8-4-4 system by incessantly trashing it, was probably irreparable.

CBC provides an opportunity to recalibrate Kenya’s education system to address the rapidly transforming needs of the 21st Century economy.

It must not flounder in a sea of arrogance, intransigence and a veritable tower of Babel! — [email protected] 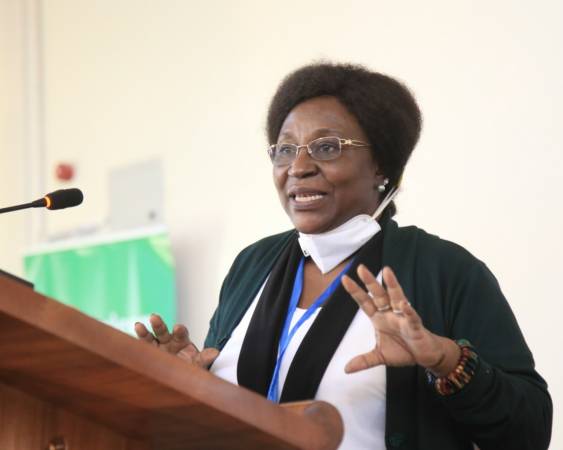