Fijian born Jonah Kubu was named man of the match after touching down two important tries as Kenya rugby national team scored five tries to rally from behind twice to beat Brazil 36-30 and win bronze at the Stellenbosch Challenge on Saturday in South Africa.

Kubu also registered three of the four conversions for Simbas as the Paul Odera coached side led 22-16 heading to the intervals.

Simba’s were desperate to register their first win of the challenge, having lost the first two fixtures in the tournament, staged at Markotter Stadium.

Simba’s were also looking forward to maintaining the bragging rights against Brazil having won against them 27-25 and 18-17 in test matches played in 2011 and 2016 respectively.

However, Brazil were first to register points on the scoreboard as they converted twice with two penalty kicks before Simbas responded with their first penalty for a 6-3 score line.

Brazil would go on to score the first try of the afternoon that was quickly, but Kubu was quick to punish the opponent's defence line to score a converted try.

Kenya built up on the momentum as the backline’s ball-in-hand skills came into play, leading up to John Okoth’s unconverted try. The Simbas taking a two-point lead as the scoreboard read 15-13.

An infringement by Simbas presented Brazil with a chance to take the lead, and they quickly did so through a successful penalty kick. 16-15 score line in favour of Brazil.

KCB RFC utility Vincent Onyala sidestepped his defenders making his way over the whitewash for a converted try. Kenya Simbas taking a 22-16 lead at the break.

Soon after the second half Kenya got penalized twice as they were defending and both resulted in Brazil being awarded two penalty tries but Simba’s scrum-half Samuel Asati went over the whitewash with Kubu’s conversion handing Kenya a 36-30 win. This performance sees Kenya finish third in the Stellenbosch Challenge 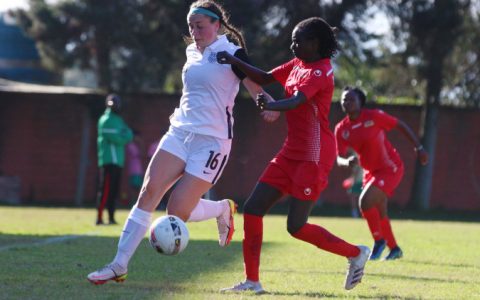 Woman who married herself wants divorce