Concerns that the controversial Sh48 billion new oil pipeline from Mombasa to Nairobi could cost taxpayers more even as questions over the integrity of the project continue to be raised.

A yet-to-be-released forensic audit report by Channoil Consulting, coupled with a pending court case by the contractor, Zakhem, has raised another storm after the Director of Criminal Investigations uncovered an illicit valve along the pipeline.

“We found two valves – a ball valve and a gate – which were inside a sub-surface tunnel,” he said adding that the job was clean, indicating it was the work of an engineer.

However, not a single engineer has been taken in for questioning, only land owners, security guards and two KPC senior security officers.

These are some of the concerns which forced oil marketers to commission British firm Channoil Consulting for a forensic audit, which was to take only seven weeks to establish the amount of oil lost and general integrity of the new pipeline.

However, it has been seven months since the investigation commenced and they have not released any results.

Channoil, which provides consultancy services in the midstream and downstream sectors of the oil and gas business, could not be contacted for comment.

However, the delay in releasing the forensic audit commissioned by oil marketers under the aegis of their supply co-ordination secretariat, Supplycor Kenya Ltd, is raising concerns with KPC asking for the report.

Andambi said the firm could not tell what was in the report, and that in case of any anomalies on payments for losses, there was a clause which catered for such cases in the transportation and storage of fuel.

“The agreement we have with oil marketers provides us with a liability threshold of 0.25 per cent of the product we transport,” he said, adding: “We have to interrogate the report and relate it to our own data to know whether it is possible to compensate.”

Andambi, who was reacting to recent media allegations, was, however, hard pressed to explain whether there has been any improvement in system losses since the DCI busted the oil siphoning racket, saying they do not have any data to show the figures yet.

It is important to note that at the height of oil scandals in 2018, KPC said it had upgraded the firm’s enterprise management system software to enhance real-time monitoring of network inefficiencies.

The firm said it had established a portal for oil marketers from where they could manage their inventories daily.

Adambi who said he was aware Zakhem had taken KPC to court, now says the firm has scheduled a number of actions.

“This includes an incline-inspection to determine integrity of the pipelines, installation of leak detection system and plans to undertake pipeline close interval potential survey and direct current gradient to identify external coating defects,” he said.

This comes even as Lebanese firm Zakhem International Construction, which was contracted to construct the utility, took KPC to court for having questioned the integrity of the 450km pipeline.

In a full page advertisement in a local newspaper, the contractor said it had advised KPC to install a leak detection system which was, however, never installed.

“Line 5 has been commissioned and is in operation for over a year without leak detection system,” read the statement in part.

Why Kenyans will have to pay more for fuel 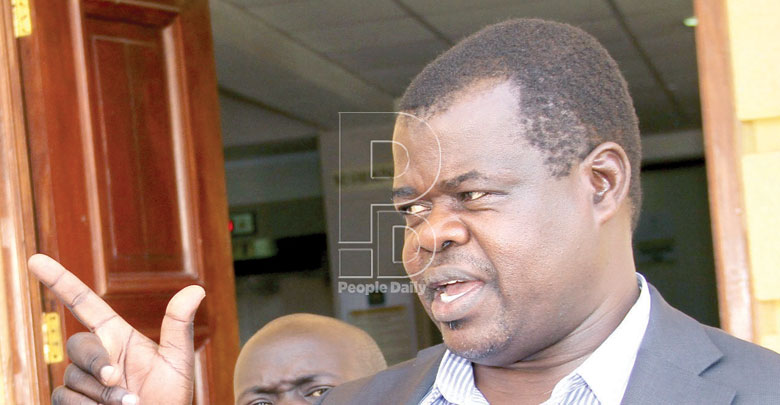 Roads board given go ahead to raise Sh800b through capital markets