Mudavadi, who spoke in Nandi County on Saturday  afternoon urged Kenyans to remain united and focus on the fight against corruption as opposed to dividing Kenyans along tribal lines.

“Mimi nalenga kiti cha uraisi wa Jamhuri ya Kenya (My focus is on the Presidency) and all our plans and policies are geared towards that direction, nothing else,” said Mudavadi.

He stated that whereas other people had declared intention to run for the seat in 2022, he was optimistic he would emerge tops for it is Kenyans who would make their independent decisions and was optimistic he will carry the day.

“During the (Saturday morning) national prayer day those present (at State House) were focusing on peace, corruption and most importantly that there will be no blood shed because of politics.

We must know we are all Kenyans and avoid politics of chaos,” he added. Mudavadi who has over time been categorical that he is not interested in joining forces with the ruling Jubilee Party or any other and has now started consolidating his strength towards the Presidency said that he had backed others in the past and it was now time for them to support his bid.

Allies of the former Finance Minister have stated that they are aware of diversionary efforts and tricks to lure them from their path, coming in all manner of guises, targeting the Western region but will not be distracted.

“Our energies come from the primary concern that selfishness has become the foremost driver in the search for political leadership in the country, among our detractors and adversaries.

Kenyans are smarting under effects of bad leadership and coronavirus disease.

A critical mass of entitlement of their leaders, including trade union leaders, have abandoned them,” Western MPs said recently.

Mudavadi cautioned leaders to be on the look out since the coronavirus disease infections are soaring.

“Leaders should remember that the Covid-19 numbers are on the rise once again.

The disease is still here and there is still no cure so the Ministry of Health protocols must be fully observed so that we do not lose more people to this disease,” he said.

Mudavadi’s sentiments were echoed by Lugari MP Ayub Savula, who said that the decision to re-open is misguided and schools are still not habitable at the moment.

He said it is the Government’s responsibility to provide masks.

“Government should know it is its role to give masks to all children, this should not be delegated to parents.

The schools must be first cleaned and then they can allow children to resume,” Savula stated. 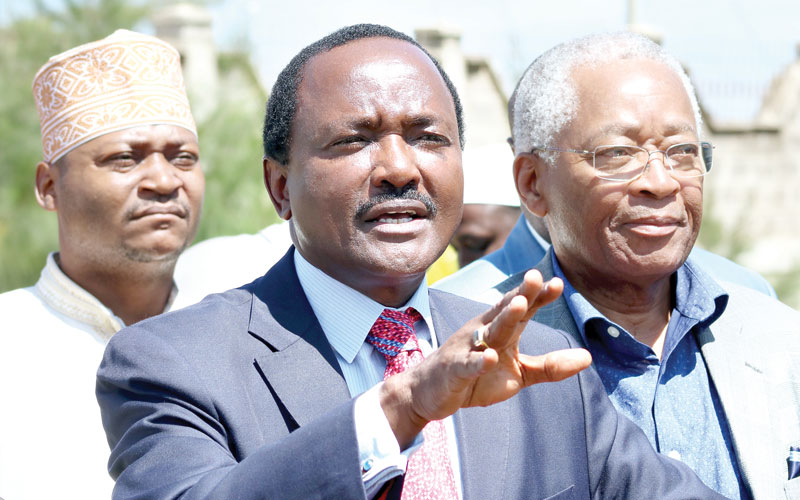