NTSA on the verge of deregistering hundreds of vehicles

The National Transport and Safety Authority has vowed to deregister 584 vehicles over verification issues.

Through a notice released on Tuesday, NTSA boss Francis Meja required the owners of the affected vehicles to verify them by October 28.

Of the affected vehicles, 409 are private and the rest are tuk-tuks, tractors, trailers and heavy machinery registered with the authority.

The notice is the latest whip by NTSA to crack irregularly registered or stolen vehicles.

In joint operations with the police, NTSA has in the past managed to recover stolen vehicles.

Towards the end of September, police impounded six top of range vehicles smuggled from abroad.

Inside over 150 Ruto allied MPs’ meeting in Naivasha

It’s back to basics for Tanga Tanga soldiers

It’s back to basics for Tanga Tanga soldiers 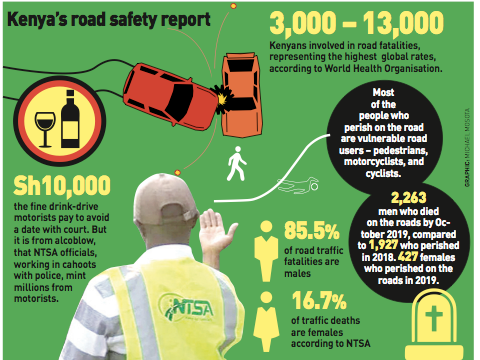 No major changes on roads as Meja bows out of NTSA