The governor who took to the stand the second day to defend himself in the corruption case where he is charged alongside eight county officials told Chief Magistrate Douglas Ogoti that no money was lost in the sh 8 million solid waste management project.

The prosecution had accused the governor of intentionally entering into an MOU while in Berlin Germany on April 7 2014, yet he knew the study had not been budgeted for in the year 2013/2014.

He allegedly entered into a memorandum of understanding for a feasibility study on solid waste management which was to be carried out by Madam R enterprises even though the firm was not procured procedurally.

He was also charged with abusing his office to improperly confer a benefit by signing the agreement which had not been competitively procured as per section 2(b) of the public procurement disposal act 2005.

The governor however yesterday argued that it was in fact Madam R enterprises , a company charged alongside him, that actually incurred loss in the project as it used to spend sh 1.5 million to pay casual workers in one month while the project took nine months.

“Madam R enterprises spent close to sh 50 million paying the casual workers and coming up with a feasibility study report. We only used 8 million shilling two undertake two projects which were planned for in our planning,” he said.

“The county made savings and the witnesses who testified for the Prosecution ,leader of majority, Chairman of environment the CECs confirmed that indeed work was done,” he said.

Ojamoong further argued that if indeed sh 8 million was improperly conferred, the office of Auditor General should have flagged out the irregularities.

“The Auditor general has never complained and the prosecution failed to produce any evidence to that effect,” he argued.

The governor also accused the investigating officers of failing to identify who was the complainant in the matter.

“They say the person who complained that money was lost was anonymous and through a letter, even the anonymous letter was not produced. I'm defending myself against an anonymous accuser,” he told the court.

The governor further argued that the memorandum of understanding signed between the County Government of Busia and Madam R enterprises was not a contractual obligation as it was a grant and thus was not conferring a benefit to anybody.

“One of the prosecution witnesses testified that where donor funding is involved by law they are exempted from Public Procurement procedure. I deny categorically that I ever conferred sh 8 million to madam R Enterprises,” he testified.

According to the governor, the sh 8 million was authorized by the County Executive Authority after it had been properly budgeted for.

“I know the Prosecution is relying on a letter which the CEC of water and environment addressed to me requesting me to authorize the project to proceed since they had gotten funds …the CEC was just seeking my concurrence to ensure to project proceeds since he is accountable to me,” he told the court.

The governor further told Chief Magistrate Ogoti that the County Annual capacity and performance synthesis report, which is a survey done by the World Bank had ranked Busia County no 1 out of 47 counties and was given a grant of 553 million because of its exemplary performance.

“The people involved with the management of this financial system in Busia are the same people who have been brought here charged with the various offenses…They are celebrated by the World Bank and on the other side they are being framed by their own agencies,” he claimed. 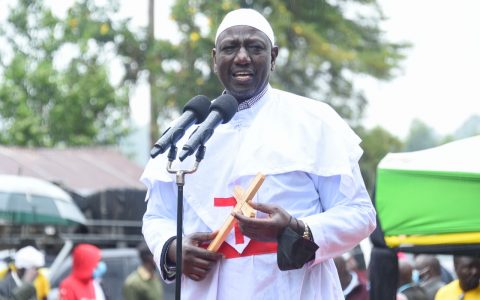 52 students, 6 teachers test positive for coronavirus at a Busia school