Former Lugari Member of Parliament Cyrus Jirongo has stated that the One Kenya Alliance (OKA) will front its own presidential candidate in the 2022 general elections.

Speaking on Sunday, October 17 during a televised interview on K24 TV, Jirongo also insisted that Raila Odinga will not take over OKA should he choose to join the Musalai Mudavadi, Kalonzo Musyoka, Gideon Moi and Moses Wetangula’s led political outfit.

“As OKA, we are willing to work with Raila but if he joins us, it will be very difficult for him to be our flag bearer,” Jirongo said.

The OKA politician further defended ANC’s party chief Musalia Mudavadi’s performance in the August 2017 elections, stating that he only lost to Raila because the former Prime Minister enjoys a close working relationship with leaders around the country.

“Raila has been working with leaders from Western region, Ukambani, the Coast and almost all leaders in the country,” Jirongo said.

According to him, Western region voters do not vote along tribal lines, arguing that the region Mudavadi hails from picks its leaders based on their ability to emerge victorious in an election.

“Our people are not stupid. They do not vote for a candidate because he/she is from their time. They do so based on the candidates ability to win and be part of the next government,” Jirongo said.

The politician added that Mudavadi is most likely to be elected president according to data he is privy to, adding that Raila garnered more votes that Mudavadi from Western region in the 2017 elections because his choice of running mate, Jeremiah Kioni was not popular.

“Previously, Musalia run with Kioni and it was later known that Kioni was not popular in his region that is why it was not easy for Mudavadi to get most of the votes from Western region. Right now, Musalia is working with leaders who are popular in their home regions and that is why OKA will get more votes,” Jirongo argued. 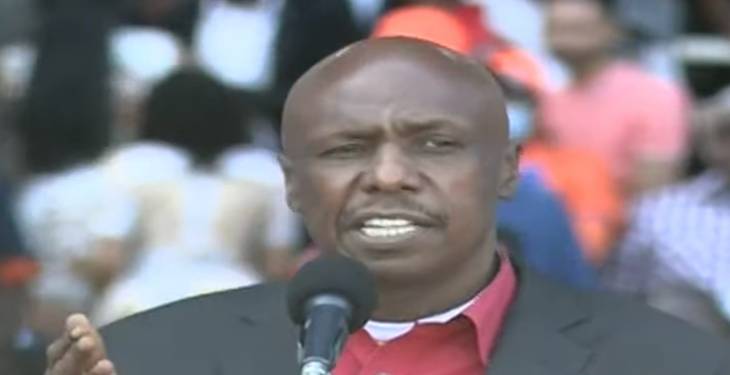