Leicester edged Norwich 2-1 as Jamie Vardy opened the scoring for the hosts, with Teemu Pukki's penalty sending the sides in level at the break.

However, a Jamie Vardy's early strike gave Leicester the perfect start, but Norwich responded on the stroke of half-time with Teemu Pukki making no mistake from the penalty spot after Caglar Soyuncu was adjudged to have fouled Pierre Lees-Melou in the penalty area after a VAR review. Late equaliser.

Leicester restored their advantage in the 76th minute through Marc Albrighton, but Norwich, who threw everything at Leicester late in the second half, thought they had grabbed an instant response thanks to Kenny McLean's header.

However, VAR was once again involved and the goal was ruled out because of a tight offside against Todd Cantwell, who was stood right in front of Kasper Schmeichel as Norwich, who are still waiting for their first points of the season, slipped to a third straight defeat of the season and a 13th across two seasons of Premier League football.

Norwich boss Daniel Farke felt Norwich were denied a deserved point by a "VAR mistake" that ruled out McLean's equaliser.

For Brendan Rodgers' side, it was a good response to their 4-1 defeat at West Ham last Monday. They move up to eighth after a second win of the campaign.

Leicester remained a threat, particularly on the break, and James Maddison should have done better when snatching at two strikes from inside the area before Youri Tielemans powered wide from a distance

Rodgers reacted and called for Kelechi Iheanacho with 23 minutes left to play, and the substitute was involved in what proved to be the decisive goal. 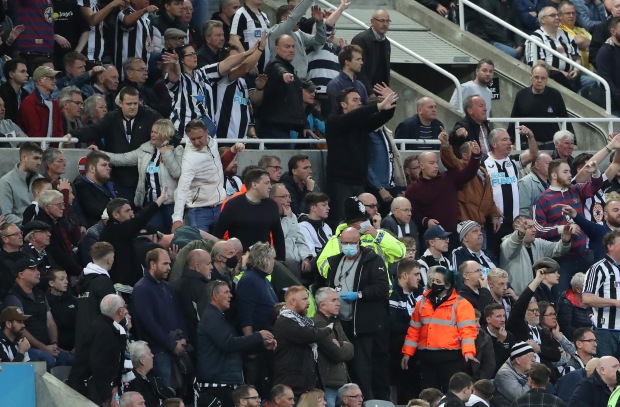